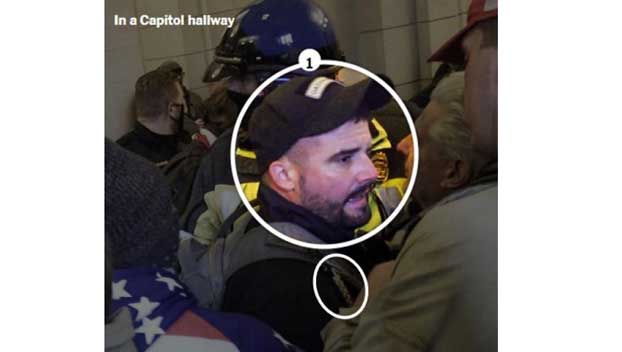 An Alabama man was indicted this week on charges he and other members of the Oath Keepers conspired together to obstruct Congress as part of the insurrection at the U.S. Capitol on January 6.

Joshua James, 33, of Arab, Alabama, along with Roberto Minuta,36, of Texas, was indicted on the new charges, federal prosecutors said Thursday.

James was previously charged with being in a restricted federal building and obstructing a federal proceeding. The new charges potentially carry a 20-year prison sentence.

The Arab man has been held without bond since his arrest on March 9. He owns a cleaning company in Arab and is one of seven Alabama residents charged with federal crimes in the January 6 insurrection.

For more details on the indictment against James, visit: https://www.justice.gov/usao-dc/case-multi-defendant/file/1378886/download