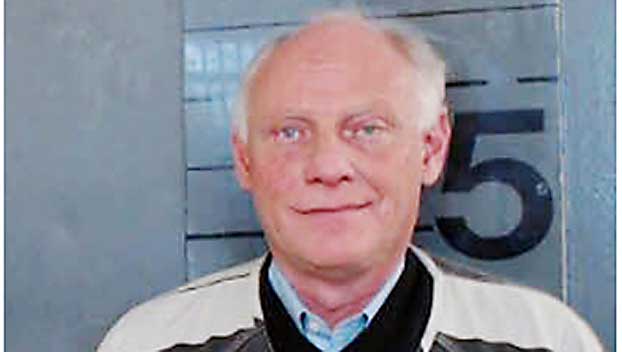 The mayor of an Alabama town was arrested Tuesday on charges he used the power of his office for personal gain.

McCoy surrendered at the Chambers County Jail Tuesday morning, with a bond set at $30,000.

Marshall’s Special Prosecutions Division presented evidence to a Chambers County grand jury on Feb. 11, which returned an indictment against McCoy on Feb. 12.

Specifically, the indictment charges McCoy with the following three counts:

“I have proudly served as the Mayor of the City of Lanett since October 2015. As Mayor I have always held myself to the highest standard to serve the citizens of Lanett,” McCoy said in a statement. “Today the Attorney General’s Office and others have made an attempt to destroy my character, embarrass the city, my family and the citizens of Lanett, by bringing criminal charges against me. I emphatically deny any wrongdoing, and I will vigorously defend these charges. I will not be deterred by this, and I will continue to serve the citizens of this great city with integrity and let justice prevail.”

The charges stem from a complaint that was filed with the Alabama Ethics Commission on Feb. 14, 2020. Former city employee David DeLee filed the complaint accusing the mayor of not paying utility bills at his place of residence and at Resurrect Antiques for one to two years as of Feb. 2020, which is approximately $43,000, McCoy’s significant other was driving McCoy’s city registered vehicle for personal use and that people unrelated to the city were taken on beach vacations to various locations with city money.

Once the ethics commission announced its decision, DeLee was relieved of his duties as a Lanett city employee, which he had been for 29 years and seven months.

“Because of his longevity with the city and due to him having back trouble, we agreed to pay him his accumulated sick leave through the month of August. There is a 30-day grace period before a person who retires starts getting paid. He should start getting his retirement pay in October. He received his regular rate of pay through August,” McCoy said in September.

If convicted, McCoy faces a maximum penalty of two to 20 years and a $30,000 fine for each of the three counts, which are class B felonies. Furthermore, Section 36-9-2 of the Code of Alabama states that when an officeholder is convicted of a felony, the office is vacated from the time of conviction.

If he were convicted, McCoy would also forfeit his position as mayor. District 1 Representative Tony Malone, who is the city’s current mayor pro tem, would finish McCoy’s term as mayor, which began on Nov. 2. McCoy has been Lanett’s mayor since October of 2015.

A Tennessee 10-year-old boy died Sunday after jumping into a frozen pond to save his younger sister who fell through... read more