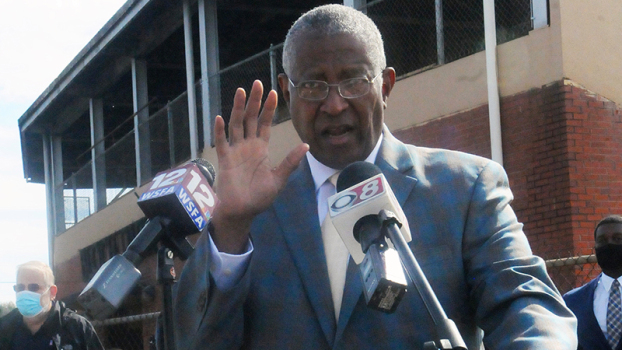 A bullet was fired into the home of recently inaugurated Mayor James Perkins, causing minor damage but injuring no one, and authorities are trying to determine whether the shooting was intentional or an accident.

Selma Police Chief Kenta Fulford said Perkins returned home on Saturday to discover a bullet hole in the wall of his office and pieces of sheetrock on the floor, the Selma Times-Journal reported.

District Attorney Michael Jackson said Monday there have been “a lot” of shootings in Selma over the last several weeks, and police will try to determine whether the gunshot was intentional or the house was hit by a stray bullet.

“We will do everything that we can to see that the person or persons that are responsible for the shootings that have been going on not just at Perkins’ home but throughout our city are prosecuted,” Fulford said.

Perkins became the first Black mayor of Selma in 2000, leaving office in 2008. He was reelected last month and inaugurated on Nov. 2.

Republican Rep. Robert Aderholt said he is in quarantine and will miss votes this week after being potentially exposed to... read more