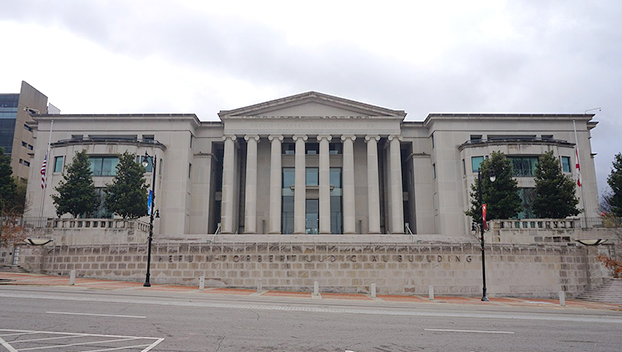 The 2015 death sentence of a Mobile County woman convicted of torturing and killing two children was overturned by the Alabama Court of Criminal Appeals Tuesday.

Heather Leavell-Keaton was sentenced to die by a Mobile County jury after being convicted, along with her common-law husband John DeBlase, of torturing and killing his two children, four-year-old Natalie and three-year-old Chase, in 2010.

According to prosecutors, Natalie was choked to death in March 2010 after being duct-taped and placed in a suitcase which was set in a closet for 12 hours. Her body was later dumped in a wooded area near Citronelle.

Chase was choked to death in June 2010 when he was taped to a broom handle and left in the corner of the couple’s bedroom overnight. His body was found in the woods outside Vancleave, Miss.

Leavell-Keaton will be headed back to court later this month after her sentence was overturned. She will face a hearing Oct. 13 in Mobile County Circuit Court where she will be resentenced for her 2015 capital murder conviction.

The Alabama Court of Criminal Appeals Tuesday ruled that Leavell-Keaton did not have a chance to address the court prior to her sentencing back in 2015. The court said that Leavell-Keaton should be allowed to speak on Oct. 13 in order for the court to take into consideration anything she may say. Afterward, the court will sentence her to either death or life imprisonment without the possibility of parole, the court ruled.

Morgan Wallen has been dropped from performing on “Saturday Night Live” after breaking the show’s COVID-19 protocols. The country singer... read more