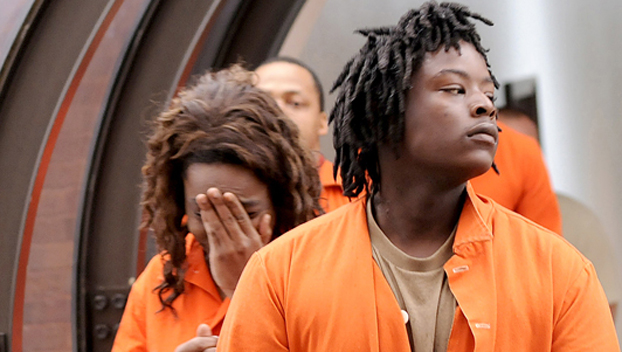 Alabama men get life for shooting man in back, killing him over $43

An Alabama man received a life sentence this week for his part in the shooting murder of man who was killed over the contents of his wallet, which contained $43.

Rodney Walters Jr. pleaded guilty to the felony murder of Orlando Robinson on Jan. 11, 2014, outside the Cheers Package Store in Selma, Alabama.

Walters was the second suspect to receive a life prison in the shooting. Maurice Pope, 27, who police believed pulled the trigger, received life without the possibility of parole last week. Walters is eligible for parole.

“This was a completely senseless act, $43 is not going to make you rich,” Dallas County District Attorney Michael Jackson said.

Robinson was robbed, shot in the back and killed. Police believe the motive was robbery and the murderers stole $43 in cash from the dead man’s wallet.

The jury only deliberated for 30 minutes before deciding Pope’s fate.

A Smithdale, Mississippi, man is accused of punching a Lincoln County principal in the face Friday during a meeting. Brandon... read more