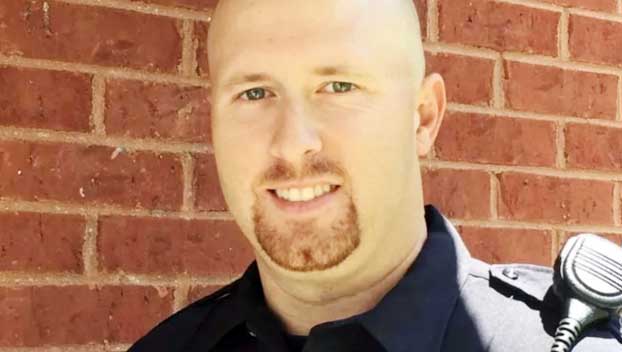 Slain Alabama police officer was father of two, with third child on way

Hundreds of mourners attended a Monday funeral service for an Alabama police officer who was fatally shot while helping a neighboring department with a car chase.

Kimberly Police Officer Nick O’Rear, 33, was killed in a confrontation that authorities said began on Interstate 65. O’Rear was assisting officers from another department with a pursuit when the driver who was fleeing shot him, authorities said.

Mourners remembered O’Rear as a dedicated young officer who came to the department and jumped in with both feet, ABC News reported.

“There’s some who bring a light so great to the world that even after they have gone, the light remains,” Kimberly Fire Rescue Capt. Robert Mashburn said.

O’Rear had been with the department about a year. He was the father of two children, and had another on the way, Kimberly Mayor Bob Ellerbrock said.

He had recently trained to become a K-9 handler and had been partnered with a K9 named Stella. Stella was brought into the sanctuary to honor her handler, al.com reported.

“On this somber day, we remember the life of Kimberly Police Officer Nick O’Rear. We will lift his loved ones, comrades and the city of Kimberly in prayer, as Officer O’Rear is laid to rest,” Ivey said Monday in a statement on social media.

Preston Chyenne Johnson, 37, was charged with capital murder, attempted murder of a police officer and firing a gun at police.

The slaying of the police officer came after a year of heavy losses for Alabama law enforcement agencies.

Six Alabama law enforcement officers were shot and killed in the line of duty in 2019. Another officer was killed in an on-duty car accident.