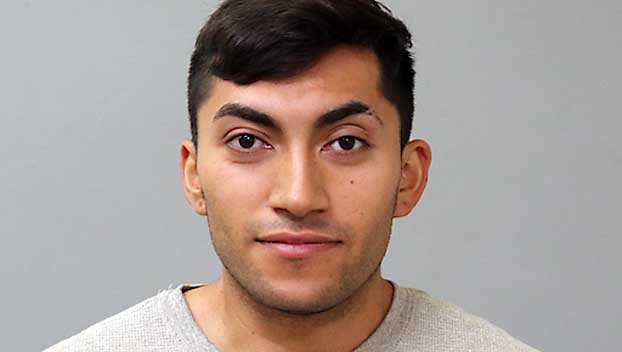 Investigators said they were pleased that a missing 13-year-old Alabama girl was found safe Thursday after a two-day, around the clock search for her.

“This case came to a happy ending, which some cases do not, but we’re thrilled this one ended the way it did,” Pelham Police Chief Pat Cheatwood said Friday. “She’s back with her family today and this case is continuing to be investigated. There may be some future charges depending on the investigation and outcome.”

The girl was reported missing Tuesday and investigators across the state were working night and day to locate her.

She was eventually found in the company of a 24-year-old man, who police believe told the girl he was 19 years old after meeting her through a social media app. She was located in Huntsville.

The man, Rodrigo Chagolla Ortega, is charged with second-degree rape and enticing a child. Additional charges may be added as the investigation continues.

“It all depends on the investigation but we really don’t know what transpired in those two days between here and Huntsville,” Cheatwood said. “Interviews obviously take a lot of time to get in depth for each stop and each minute, each hour and each day of what occurred so we really don’t know right now. But we’re going to look at every angle, and if there are any charges to be brought, they will be.”

Ortega is currently being held at the Madison County Jail on bonds totaling $30,000. He is on an immigrations detainer, which keeps him there for 48 hours after bail has been posted while ICE agents determine whether or not to take him into federal custody for deportation.

Birmingham will pay a $25,000 fine for obstructing the view of a Confederate monument, a judge ordered last week under... read more