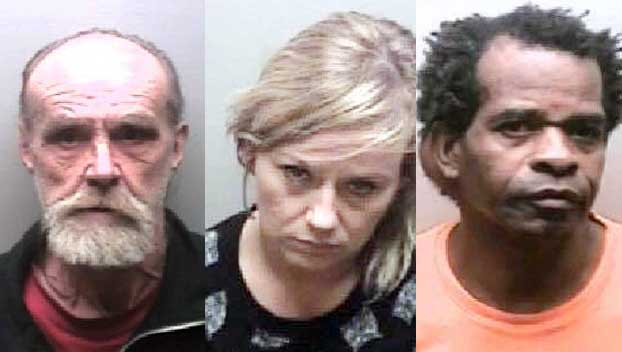 Alabama law enforcement authorities have arrested a third suspect in a bestiality case that was made public last week after ‘horrific’ video surfaced on social media.

On Wednesday, sheriff deputies in Marshall County arrested Frederick Steve Cookston, of Albertville and charged him with bestiality and sodomy. He was being held on $250,000 bond.

On Friday, Holly Renae Debord, 36 of Albertville and Vann Christopher Havis, 53, of Guntersville, were charged earlier with bestiality and sodomy. They, too, were being held on $250,000 bond.

Investigators have not publicly disclosed details of the case, but say their investigation started when an explicit video which reportedly depicted a man with mental disabilities, Debord, Havis and an unspecified domesticated animal.

A new tarp was hung at a building collapse site in New Orleans on Wednesday to hide the partially exposed... read more