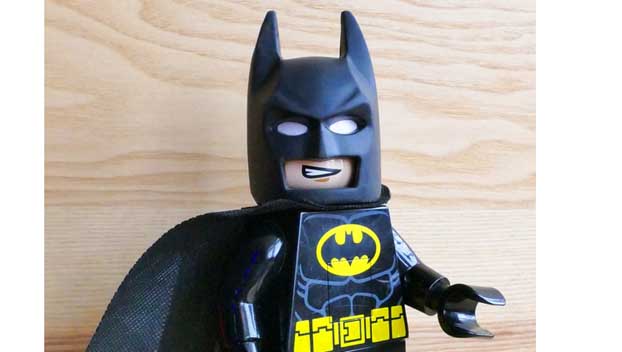 Police in Alabama are looking for a man who disguised himself as Batman while stealing musical instruments from churches.

A burglary happened on Dec. 11 at King’s Way Church in Irondale, AL.Com reported. The caped crook stole a keyboard and a guitar, according to Irondale Det. Sgt. Michael Mangina. The suspect came back to the same church on Jan. 6 and stole two more guitars.

Both times the impostor used a rock to enter the church, Mangina said.

On Jan. 9, two churches in Jasper and one in unincorporated Walker County were also burglarized, Jasper police wrote on Facebook. Musical instruments and electronics were also stolen.

Anyone with information can call Irondale police, Jasper police or Walker County Sheriff.

“We have to take this bad guy off the streets,” Mangina said. “Stealing from a church is not the way to get to Heaven.”

Mangina also said that churches in Shelby County as well as Georgia and Tennessee may have been burglarized by the same suspect.

Two Alabama women were arrested after a vehicle search in Georgia uncovered about 2 gallons of a chemical commonly known... read more