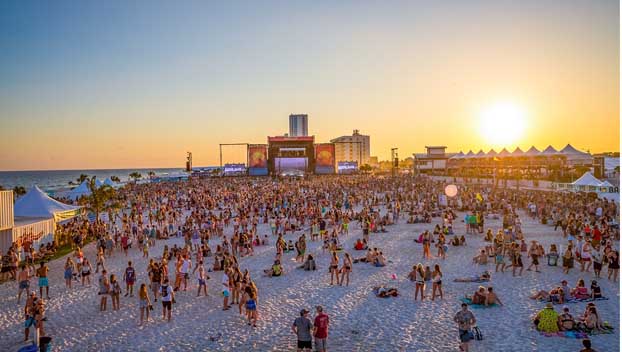 An Alabama town is reconsidering whether to allow a beachfront music festival that has become a staple on the northern Gulf Coast.

WPMI-TV reported Wednesday that officials in Gulf Shores say citizen complaints may result in them not renewing a permit for the Hangout Fest in 2020.

The weekend festival draws tens of thousands of people to the municipal beach each spring, but city spokesman Grant Brown said officials have gotten multiple complaints about the event. Those include festival-goers roaming the streets, parking and sleeping on private property, he said.

The four-day event is under contract in Gulf Shores through 2025, but city officials said the owner needs to make changes.

“We, as the city, have to react to those problems that occur. So we’re requiring the festival to mitigate as many of those problems as they can,” said Brown.

Next year’s festival is set for mid-May with acts including Billie Eilish, Post Malone and the Red Hot Chili Peppers.

City officials said Hangout owner Shaul Zislin is working on a solution, and a meeting is set for Thursday night. The festival began in 2010 as a way to draw tourists back to the beach after the Gulf oil spill.

Police wrote in a court record filed Wednesday that they believe the slain daughter of a well-known UFC fighter fought... read more