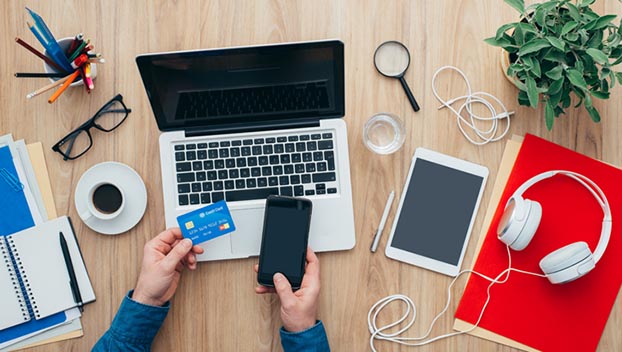 Busted: More than half of U.S. workers say they shop online while at work

More than half of U.S. workers admit they’ll be shopping online this holiday season while on the clock.

New research from staffing firm Robert Half Technology shows 52% of employees will be “workshopping” — that is, shopping online from the office or while using a corporate device.

New Orleans based Robert Half Senior Recruiting Manager Carrie Lewis said 44 percent of those surveyed admit it hinders their productivity, and that might be because of how much time they spending doing it.

“The survey did show that they will spend between 30-60 minutes a week, and out of that 52 percent, 20 percent of them will partake in the activity for an hour or more each week,” Lewis reported to WWL Radio in New Orleans.

The workshopping divide was starker among generational lines, with 65 percent of those 25-40 to admitting to it. The report also showed a surprising gender gap among “workshoppers” — 58 percent of the men admitted they will workshop, versus 48 percent of the women.

In a separate survey, 77% of technology leaders said their firm allows “workshopping,” but more than half (52%) prefer employees abstain from the activity. Security risks (59%) and loss of productivity (34%) were cited as the top “workshopping” concerns among tech managers.

Gus Malzahn and Auburn have discovered the quickest way to redeem a frustrating season: beat Alabama. The Tigers, who had... read more