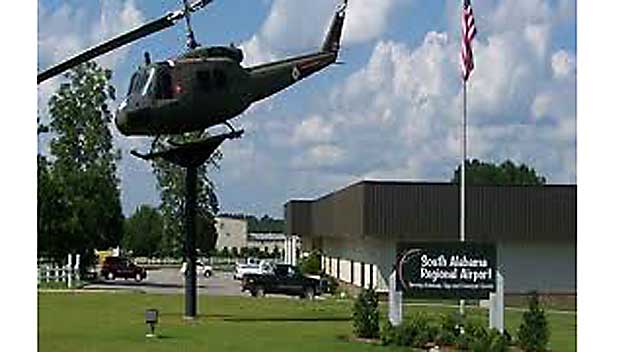 Alabama man charged after leaving an ‘irate voicemail’ at airport

An Alabama man accused of leaving an irate voicemail message and prompting closure of the South Alabama Regional Airport on Thursday was arrested Friday.

Covington County Sheriff Blake Turman said Kevin James Callahan of Red Level was arrested around 9 am. on Friday as he was leaving his dental appointment.

He was charged with harassing communications.

“Deputies Rachel Cross and Jonathon Pitts were on hand to serve a warrant issued late yesterday afternoon on the suspect,” Turman said.

“The nature of the message was related to individual aircraft and included extremely foul language,” Blackwell said.

“In the interest of public safety and the safety of airport employees, airport management immediately made the decision to close the airport until the situation could be fully investigated,” he said.

The airport was reopened around 4:30 p.m., on Thursday.

“As Americans, we have the right to freedom of speech, but we do not have freedom from consequence,” Turman said. “The days that we live in should be notice enough of what can happen when we do not take these communications seriously. Whether is it a teenager blowing off steam from bullying or an adult that may be irate about a frivolous complaint, there are repercussion that are provided by law. Be careful with your temper and think before you make a harassing call.”

Callahan was released on a $500 bond.

If you thought it was cold this morning in Alabama, hold onto your long johns, it’s getting colder