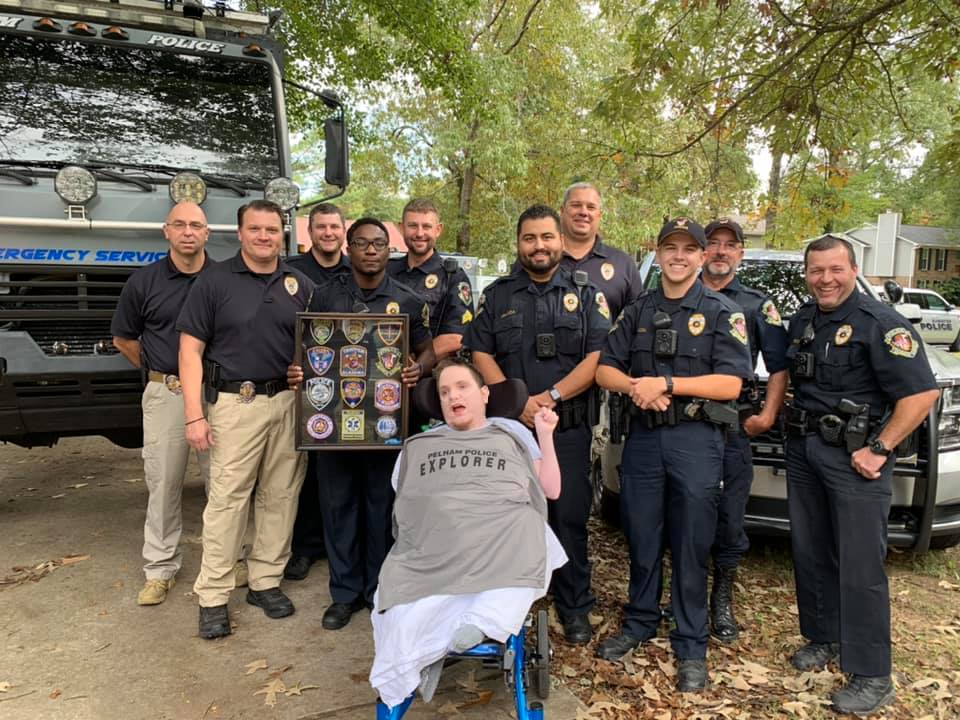 Doctors say 20-year-old Cody Northcutt may not live to see his 21st birthday, so his mom, Sandy Cooper, did all she could to make sure his 20th birthday was the best yet.

Twenty years ago, on Oct. 28, 1999, Northcutt came into the world at just 24 weeks gestation, weighing 1 pound, 9 ounces, and he’s been fighting to live ever since. He is diagnosed with cerebral palsy, a group of disorders that affect movement and muscle tone or posture. It can also lead to other health issues. For Northcutt, it has caused scoliosis, which led to restrictive lung disease. The curvature of Northcutt’s spine impedes the ability of his lungs to fully expand, making it impossible for him to breathe properly.

Life has always been hard for Northcutt, but over the past three years, his mother said his health has really started to decline. He had pneumonia three times in 2017 and a bout of rotavirus in 2018 caused him to be admitted into the hospital and placed on a ventilator in the intensive care unit. From April to the end of June, surgery was performed six times on the shunt in his brain.

Northcutt is unable to care for himself, is fed through a gastrostomy tube and is completely dependent on his family. Cooper said she hasn’t left his side since August.

“On Aug. 14, we were told there are no more options for Cody,” Cooper said. “He’s terminal. He will eventually go on a ventilator and doctors won’t be able to take him off. We’re hoping he has many more birthdays, but this could very well be his last. The doctors aren’t able to give any sort of timeline.”

Cooper sought help from family and friends to make sure his birthday, which was on Monday, would be a memorable one for the family. There was a party at Cooper’s house on Sunday, Oct. 27, and police officers from Pelham and Alabaster showed up to spend time with Northcutt and his family, which includes his older 26-year-old brother, 5-year-old sister and his stepfather Rodney Cooper.

First responders cascaded down the street and arrived at Cooper’s house with their blaring sirens and flashing lights. As a birthday gift, officers gave Northcutt framed first responder badges. On Monday, a group of firefighters from Alabaster stopped by the family’s house to wish Northcutt a happy birthday.

“He had a blast at his party,” she said. “He had such a big smile on his face. He’s visually impaired, but he loves loud noises like the sirens and the horns on fire trucks.”

Cooper said she’s so appreciative of everyone who helped make Cody’s birthday party a success, but the party was one of few times Cooper has truly felt support from the community.

“A lot of people don’t understand that cerebral palsy can be terminal just like cancer,” she said. “Just like cancer, there are so many variations of it. I don’t think people realize how hard it is on families. It’s a fight financially and emotionally. Our first responders have always been wonderful to us, but there are times that we’ve felt so alone in this battle. Financially it’s been devastating for us. It’s been really hard.”

During one of Northcutt’s hospital stays, the family almost lost their home. Cooper said Northcutt’s diagnosis also greatly impacts her other two children.

“My oldest son is 26, so of course he understands, but growing up was difficult for him, and it’s difficult now for my 5-year-old daughter because she’s doesn’t really understand everything that’s going on. Cody’s siblings are suffering, too. We can’t afford to put my daughter in dance class or do some of the other things that kids her age enjoy. It was the same way with my oldest son when he was growing up. He wanted to play sports, but it wasn’t something our family could afford.”

In an effort to help the family recover financially, Cooper has started selling Pray for Cody T-shirts and bracelets. She hopes local businesses will reach out to help host fundraisers to raise money for her family and other families like hers.

Cooper said it’s time for her to start working to raise awareness about cerebral palsy.

“Cody’s fought for 20 years and not it’s time for me to fight to raise awareness for cerebral palsy,” she said. “I’m going to carry on after he gains his wings. I need to help other families in this same situation. I’m not going to stop.”

To learn about ways to support the Cooper-Northcutt family, visit the Pray for Cody Facebook page.

This article was originally published in The Shelby County Reporter.