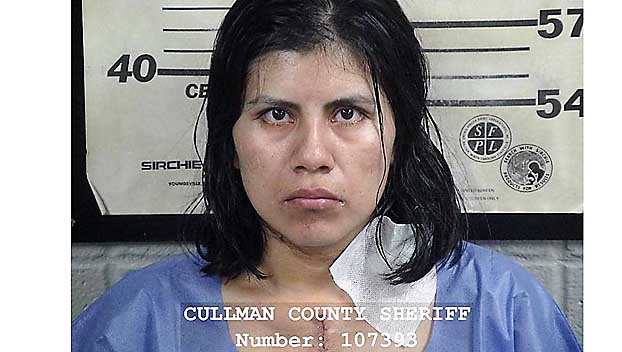 An Alabama woman has been jailed on murder charges in the deaths of her two young sons.

The woman is being held in the deaths of 3-year-old Alvaro Garcia and 9-year-old Taylor Garcia. They were found dead inside their home on Oct. 12.

The woman was found in a field near the home with cuts and stab wounds, and she’s been hospitalized since. She was taken to jail after being released from the hospital.

A booking photo shows what appears to be stitches in the center of her chest.

Court records aren’t available to show whether Tapia has a defense attorney who could speak on her behalf.

An Alabama judge has pleaded guilty to misdemeanor ethics charges for appointing his son to handle matters for his own... read more