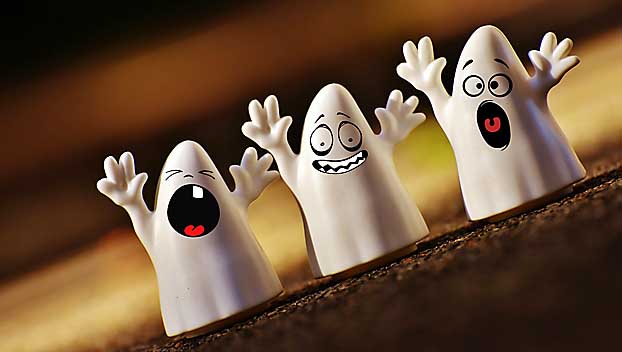 Buyer beware: Your dream home may be haunted, but the seller probably isn’t required to tell you

Ahead of Halloween, Zillow scared up a state-by-state analysis and found only four deal with paranormal activity in their real estate disclosure laws: New York, New Jersey, Massachusetts and Minnesota.

In Alabama no such disclosure is required by state statute.

In New York state, courts will rescind a home sale if the seller creates and perpetuates a reputation that the house is haunted and then takes unfair advantage of a buyer’s ignorance of the home’s ghostly reputation. For example, if you invite reality television ghost hunters to your home, then later sell your poltergeist palace to an unwitting buyer who prefers sitcoms, a court could make that sale vanish.

In New Jersey, a seller must truthfully tell a buyer if their property comes with phantom roommates – only if asked.

Many states have statutes that say property facts that could cause “stigma” or “psychological impact” need not be disclosed. Massachusetts and Minnesota deliberately mention paranormal or supernatural activity as a “psychologically affected” attribute that does not need to be disclosed.

Some real estate agents say haunted properties present other challenges that can scare off buyers.

“I worked with a seller who claimed their house was haunted by a ghost who lived in the basement,” says Jennifer Stauter Kornstedt, a Zillow Premier Agent in Wisconsin. “When I arrived for the open house, I heard banging noises coming from the basement. I went to investigate but could not find the source of the noise. Then the phone rang three times with only static on the other end.”

In Connecticut, Delaware, Georgia, New Hampshire, New Jersey and South Carolina, sellers must disclose a death on the property only if asked.

So, if you own a home in Texas that was the scene of a chainsaw massacre in 1974, you can keep that your own little secret.

A federal judge blocked an Alabama abortion ban Tuesday that would have made the procedure a felony at any stage... read more