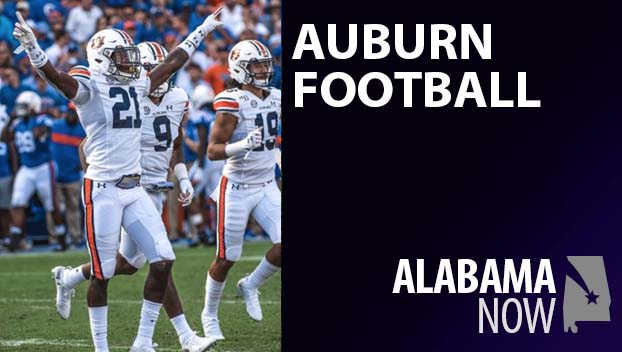 There remains one obstacle for both No. 1 Alabama and No. 2 LSU before Nov. 9 arrives and the expected showdown in Tuscaloosa of the top two teams in the country.

No. 9 Auburn and unranked Arkansas would love nothing more than to derail those plans.

LSU (7-0) has a far more difficult challenge when it welcomes Auburn into Death Valley on Saturday in the only matchup of top-10 teams this week. But no one is more tested or potentially ready for another top-10 showdown than LSU. The Tigers went to Texas and won in September.

Alabama (7-0) has an easier matchup hosting the Razorbacks (2-5), and all the attention will be on Mac Jones taking over at quarterback for Tua Tagovailoa, who suffered a high-ankle sprain last week against Tennessee.

While LSU-Auburn is the only matchup of top 10 teams, there are two other tasty clashes involving ranked Big Ten teams. It starts Saturday with No. 3 Ohio State hosting No. 13 Wisconsin in a matchup that lost a lot of its luster when the Badgers stumbled at Illinois last week.

The nightcap features and No. 8 Notre Dame visiting No. 19 Michigan.

GAME OF THE WEEK
No. 9 Auburn (6-1, 3-1 SEC) at No. 2 LSU (7-0, 3-0).
While LSU quarterback Joe Burrow has been outstanding facing ranked opponents this season, Auburn freshman Bo Nix has played like a freshman.

Three weeks ago, Nix was just 11 of 27 with three interceptions in Auburn’s loss to Florida. Nix must be better if Auburn is going to continue the trend of close, tight games between the teams. The last three between Auburn and LSU have been decided by a total of 10 points.

Sixteen of the past 19 meetings between LSU and Auburn have been won by the home team. One of the exceptions: last year when Cole Tracy hit a 42-yard field goal as time expired for a 22-21 win.

HEISMAN WATCH
With Tagovailoa sitting out against Arkansas, it’s a great chance for Burrow and Ohio State’s Justin Fields to shine against quality opponents. In his two games against ranked teams earlier this season — Texas and Florida — Burrow completed 52 of 63 passes (82.5 for 764 yards, seven touchdowns and only one interception.

Fields has still thrown only one interception all season to go along with 22 touchdown passes. He’ll be challenged by a Wisconsin defense that is best in the country in total defense, giving up less than 200 total yards per game on average.

Oklahoma quarterback Jalen Hurts has overwhelmed everyone this season, but will face a Kansas State defense that’s giving up just 152.5 yards per game passing. It may not matter for the Wildcats as Hurts is averaging 100.7 yards per game on the ground and K-State’s run defense ranks 102nd nationally.

NUMBERS GAME
10 — No. 23 Iowa State has won its last 10 games against Big 12 opponents in the month of October. The Cyclones host Oklahoma State on Saturday.
18 — Ball State is second nationally in turnovers forced with 18. The Cardinals host Ohio in a showdown of MAC division leaders on Saturday. Ball State is the only unbeaten team in conference play.
20 — No. 4 Clemson hosts Boston College looking for its 20th straight home win. It would be the second home win streak of 20 or more games in school history and one off the school record of 21, set between 2013-16.

UNDER THE RADAR
No. 11 Oregon remains the Pac-12’s best — and probably only — hope for sneaking back into the College Football Playoff conversation. The Ducks were great last week, rallying from a 14-point second-half deficit to win 35-31 at Washington. It was their second straight and 14th win in the past 16 games against their rivals to the north.

But staying on the fringes of the CFP means the Ducks need to snap a troubling losing streak on Saturday night when they host Washington State. Oregon has lost four straight to the Cougars, including home losses in 2015 (45-38 OT) and 2017 (33-10).