James Spann: One more dry day today, then the rains will come again 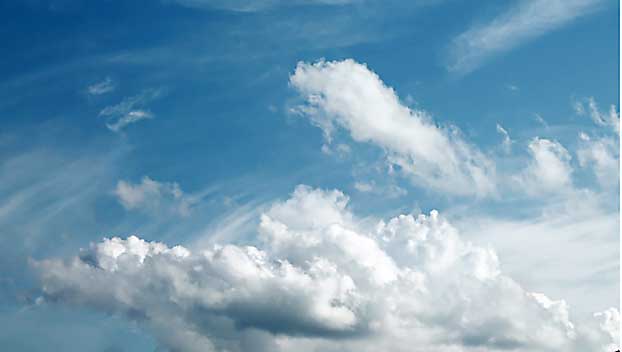 Wednesday was quite the fall day for Alabama — a cobalt blue sky, low humidity and temperatures mostly in the upper 60s and low 70s. The coldest spot in Alabama this morning was Black Creek, just northeast of Gadsden, with 33 degrees. There was scattered frost across the northern half of Alabama.

The weather will stay dry Thursday; with ample sunshine we project a high in the mid 70s. Clouds move in Thursday night.

FRIDAY AND THE WEEKEND: A warm front will move slowly through the state Friday, and that should set the stage for a widespread, soaking rain event. Rain begins Friday morning and will continue through the afternoon and nighttime. Temperatures hold in the 60s through the day with clouds and rain.

On Saturday the weather stays wet, with an upper trough to the west and a very moist air mass in place. We are forecasting occasional showers and thunderstorms Saturday into Saturday night; a few strong storms are possible during the afternoon and evening as the air becomes marginally unstable. It won’t rain all day Saturday, but the rain could come at any time.

The heaviest rain Friday and Saturday will fall over the northern and western part of Alabama; rain totals of 2-4 inches are likely there, and some flooding issues are very possible before it all ends late Saturday night.

Sunday looks dry; the sky becomes partly sunny during the day. Highs over the weekend will be in the low to mid 70s.

NEXT WEEK: The week looks mostly dry, and the coolest air so far this season should invade the Deep South by Thursday. Some parts of Alabama could see the first freeze of the season late next week.

TROPICS: A disturbance will move into the far southwest Gulf of Mexico Thursday. The National Hurricane Center gives it a 30% chance of development over the next five days. The rest of the Atlantic basin is quiet.

FOOTBALL WEATHER: For the high school games Friday night, the sky will be cloudy with widespread rain likely; temperatures will be in the low 60s.

For Saturday’s Magic City Classic at Legion Field in Birmingham (Alabama State vs. Alabama A&M, 2:30 p.m. kickoff), the sky will be cloudy, and periods of rain are likely. A thunderstorm can’t be ruled out. The kickoff temperature will be near 70 degrees, falling into the upper 60s by the final whistle.

Auburn travels to Baton Rouge Saturday to take on LSU (kickoff at 2:30 p.m. Central). The sky will be mostly cloudy, and a few passing showers are possible during the game. Temperatures will fall from the upper 60s at kickoff into the mid 60s by the fourth quarter.

It is homecoming at the University of Alabama Saturday; the Tide will host Arkansas at Bryant-Denny Stadium (6 p.m. kickoff). It looks like rain will fall at times during the game, with a thunderstorm possible as well. Temperatures will fall from near 70 at kickoff into the upper 60s by the second half.

Jacksonville State will host Murray State Saturday (3 p.m. kickoff). Cloudy conditions are expected with some rain at times; temperatures will be in the upper 60s.

ON THIS DATE IN 2015: Hurricane Patricia became the most powerful tropical cyclone ever measured in the Western Hemisphere as its maximum sustained winds reached 200 mph and its central pressure fell to 879 millibars (25.96 inches of mercury).

Patricia became the strongest Pacific hurricane on record shortly after midnight on Oct. 23. Air Force Hurricane Hunters had flown through the eye of Patricia and reported a sea-level pressure of 894 millibars as measured by a dropsonde inside the eye itself. Wind measurements suggested that the pressure measurement was not in the exact center of the eye and was probably not the absolute lowest pressure, prompting the National Hurricane Center to estimate the minimum central pressure at 892 millibars.

While a number of typhoons in the western North Pacific have been stronger, Patricia is now by far the strongest hurricane on record in any basin where the term “hurricane” applies to tropical cyclones – namely, the central and eastern North Pacific basins and the North Atlantic basin, which includes the North Atlantic Ocean itself plus the Gulf of Mexico and Caribbean Sea.

Republished from the Alabama NewsCenter.