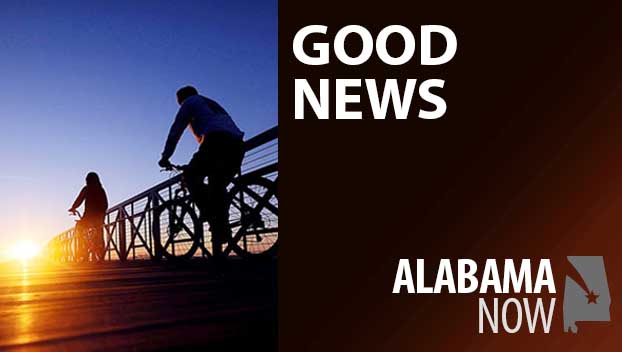 It was a miracle from God, Verna Johnson said. Five months ago the Montgomery native took her life into her own hands, launching a campaign to find a donor after an end-stage kidney failure diagnosis.

Most people wait years to find a match and Alabama has the longest wait time in the nation. Johnson’s sister spent 11 years waiting for a donor that never came. More troubling, Johnson’s blood type is O positive — the hardest to match.

For many, the facts looked grim and Johnson’s quality of life had diminished tremendously.

Johnson though, had faith that if she put in the work, God would follow through. This month, she and her two sisters traveled to Birmingham for a celebration dinner with the men who helped in Johnson’s search of a functioning kidney. UAB had called to let them know they found a match.

Johnson didn’t know she’d be meeting her donor at the dinner. A video capturing the moment shows the unexpected, overwhelming joy of a woman who has been forced to undergo eight hours of dialysis each night. Her donor, Jaime Burchfield, hugged the woman whose life she agreed to save.

The two were complete strangers.

“The emotion that I felt then — I could only say thank you over and over again for how happy and honored to have her in my life as my living donor,” Johnson said of meeting Burchfield, a Birmingham native.

The campaign, which included social media and billboards in Birmingham and Montgomery proclaiming Verna’s need for a kidney, proved fruitful.

It was a Facebook post shared to Burchfield’s church’s page that sparked Burchfield’s initial interest in helping Johnson.

“I saw the Facebook post once and then I thought, ‘I don’t really know.’ Like, ‘Why would they want my kidney?’,” Burchfield said. “Then I saw it again and then I was like, ‘OK God, I hear you. You’re telling me again you want me to do this’.”

She filled out the application on UAB’s website, heard back that she was a match and now the two are set for surgery at the end of October.

Burchfield will take two weeks off work, able to return slightly sooner than other donors because she isn’t required to do any heavy lifting. Johnson will spend about three weeks in the hospital before heading back home.

Agreeing to undergo a surgery and donate an organ to a stranger isn’t a path many people would willingly walk. But for Burchfield, it was a “non-decision.”

“For me to take two weeks of my life that will give someone else a better quality of life for many many years, it’s amazing. It’s incredible,” Burchfield said.

“In trying to think of the pros and cons, the pros far outweigh the cons. . . . It makes it really simple for me,” she added. “Meeting her made it even more simple for me.”

Johnson’s faith that she’d find Burchfield didn’t waver. Her motto since launching her campaign had been: “I just know that if you do the work, then God will do the rest.”

“My miracle is out there, it is coming,” she said in August. “I need somebody to be that miracle and give me a second chance at life.”

Burchfield’s choice, Johnson said, “It’s a selfless act and she didn’t have to do it. … She is actually saving my life.”

Bo Nix was itching to get back on the field after struggling in a loss to Florida in his last... read more