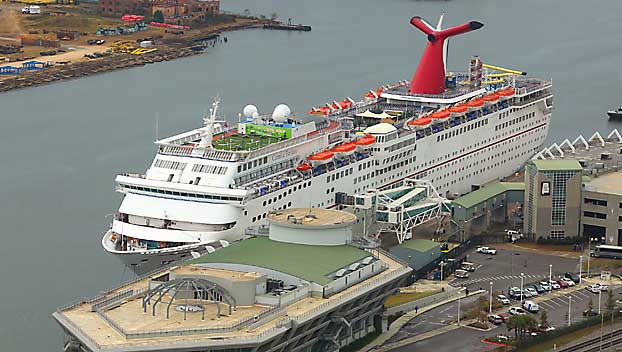 The city of Mobile, Ala., officially returns to the cruising business with the inaugural sailing of the Carnival Fantasy on Wednesday, Nov. 9, 2016. (Mike Kittrell)

Carnival Cruise Line and Alabama city officials have ceremonially signed an agreement to base a Carnival ship there for three more years.

The City Council is expected to officially approve the agreement on Tuesday.

Mayor Sandy Stimson says Carnival brings lots of business, and he hopes the market will grow enough for Carnival to replace the Carnival Fantasy with a bigger ship.

Thornton noted that after about 10 years in Charleston, South Carolina, a 2,000-passenger ship like the Fantasy was replaced this year with the 3,000-passenger Carnival Sunshine.

University of Alabama student charged with making threats against…