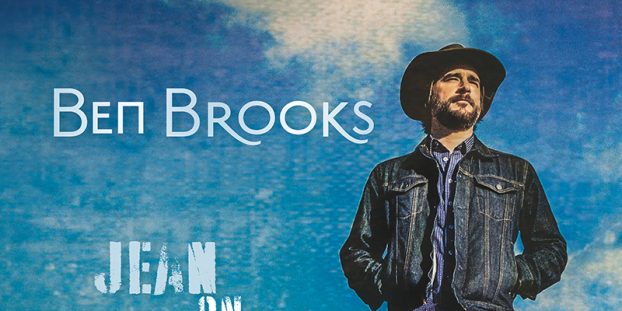 Selma native Ben Brooks is set to release his debut album “Jean on Jean” on Oct. 10.

The songs released on the debut are ones that he has worked on for years while playing with other bands and the time he has spent in Nashville working on the craft of song writing.

“I spent a few years crafting songs and recording them a little bit at a time with a friend of mine,” he said. “I wrote all the songs for it and hired a steel guitar player, violin player and a bass player to record with.”

“Brooks may share the same language as his alt-country peers, but he speaks in his own idiosyncratic fashion,” according to a release. “Lean and lyrical, Brooks doesn’t mess around with extraneous details but he’s not a minimalist. Grounded in plain-spoken truths, his worldview is nevertheless expansive. As he sings on one of his burnished ballads, he has a ‘Wandering Heart.’ Though he may feel the pull of a ‘Happy Home,’ he still needs to roam, and that wanderlust not only gives his music soul, it makes it universal.”

Brooks received his first guitar when he was 12 while being influenced by the sounds of the Allmans, Zeppelin and Tom Petty.

“A friend of mine had gotten one for his birthday and started taking guitar lessons and he taught me some chords and then I got one and we started playing together and went from there,” Brooks said.

Brooks spent most of his time in a band called the Big Naked; a rock band made up of people from Selma, according to Brooks.

The band performed in Auburn where Brooks also went to college and studied business.

“After that the band moved to Birmingham for a couple of years and played all around the southeast,” said Brooks, adding the band broke up around 2011.

Brooks and the bass player from the Big Naked then turned their sights to Nashville.

“We had a few friends that lived in Nashville and we talked to them about it,” said Brooks. “We moved up there on a whim just to see what that was like.”

Looking back, Brooks said he was excited to see the finished project that will be available on iTunes, Spotify and available on his website benbrooksmusic.com.

Brooks said he still travels back to Selma for the holidays and, since completing his debut album, he is in the works to starting his second.

“Hopefully I will be playing a show in Selma sometime,” he said. “I don’t have any specific plans right now but we are working out the details.”