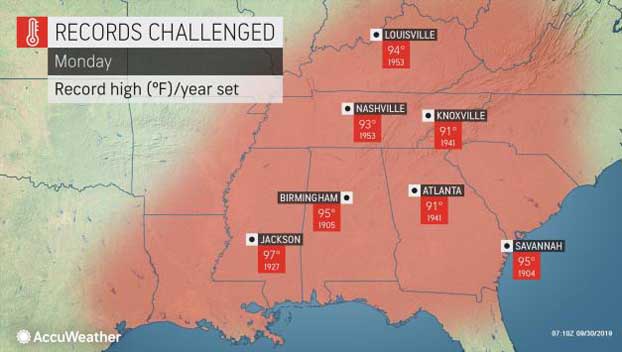 The National Weather Service says Muscle Shoals in northwestern Alabama had its hottest October temperature ever recorded when the mercury hit 99 degrees (37 Celsius) on Tuesday. The previous record of 97 was set on Oct. 3, 1903.

Huntsville had its hottest October temperature ever when the mercury hit 97 degrees. That broke a previous record set on Oct. 8, 1911.

The story was the same to the south. Mobile reached 96 degrees to set a new all-time high for October, and temperatures were rising to near record levels in central Alabama.

More records could fall since forecasters say the heat will continue through early next week.