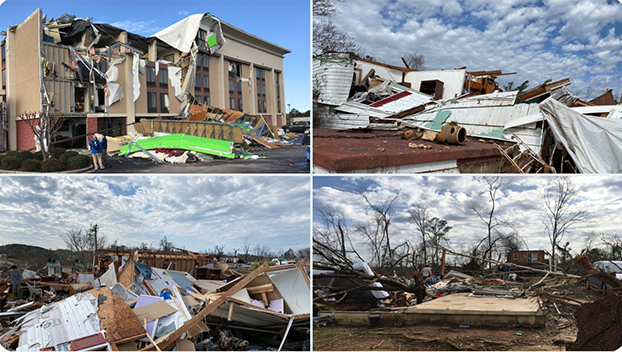 Three people were arrested Wednesday after they were caught looting through tornado-damaged homes in Fultondale.

Josue Villa, 21, Ignacio Ramirez, 18, and a juvenile male were arrested and charged with third-degree burglary after officers noticed suspicious behavior around 3:30 p.m. Wednesday.

The city has issued a curfew for the next two weeks to limit looting and other incidents. The curfew is from 6:00 p.m. through 5:00 a.m. in the areas affected by the tornado.

Widow offering $5,000 reward in multi-vehicle crash that killed her husband

The widow of a trucker killed in a horrific crash on an Alabama interstate is offering a $5,000 reward for... read more