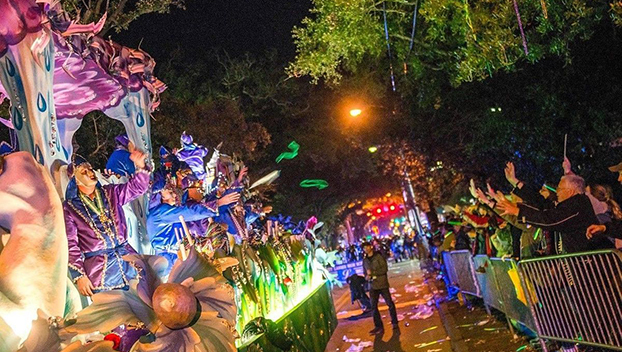 Alabama city moves ahead on Mardi Gras plans amid pandemic

The city of Mobile is moving ahead with plans to hold Mardi Gras celebrations in early 2021 despite the coronavirus pandemic, which is quickly worsening.

Some groups already have called off parades and balls because over concerns about spreading the virus that causes COVID-19, but news outlets report that Mayor Sandy Stimpson’s office has released a memo saying Mardi Gras isn’t being canceled in the port city.

Instead, the city is getting ready to issue permits for parades that will wind through downtown streets. Stimpson’s memo, which was released publicly by a City Council member on social media, said the number of people riding on floats will be limited, and participants will need to wear face masks.

“This is a fluid situation, and we’re in uncharted waters,” said the note, which also said that organizations which rent city facilities for Mardi Gras balls will be able to cancel events as late as one week beforehand without a penalty.

Fat Tuesday is Feb. 16, and celebrations typically begin weeks before that. Mobile’s Mardi Gras celebration, while far smaller than the one held in New Orleans, is vital to the tourist economy around Mobile, where tens of thousands of people visit during a usual Mardi Gras.

New Orleans hasn’t said whether parades will be permitted, but some groups already have called off festivities because of the pandemic. Mayor LaToya Cantrell has said Mardi Gras will be celebrated, but differently than in a usual year.

Mobile County has recorded the second-highest number of cases of COVID-19 in the state since the pandemic began.

Alabama on Friday added almost 3,000 COVID-19 cases, the highest number reported in a single day since the pandemic began, and hospitalizations are increasing at a rate that has health officials concerned. Many of the newer cases are believed to be linked to Halloween parties, sporting events and other group gatherings.

Even the meteorologists are getting tired of the current hurricane season. As parts of the country were cleaning up from... read more