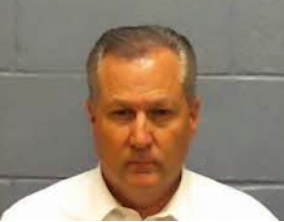 A four-year appeals process came to an end Friday as former Alabama Speaker of the House Mike Hubbard turned himself to begin serving a prison sentence for felony ethics charges.

“Mike Hubbard is a strong Christian man and has accepted the current situation but firmly believes in his innocence and looks forward to exploring other options to clear his name,” said Hubbard’s defense attorney Lance Bell Friday.

In April, the Alabama Supreme Court upheld half of the original convictions issued by a Lee Count jury. The conviction resulted in immediate removal from office for Hubbard, who was one of the most powerful elected officials in the state.

Hubbard was convicted of using his powerful position as House speaker to solicit investments for his personal business and consulting work from company executives and lobbyists. The legal fight ended on Aug. 28 when the state’s highest court denied Hubbard’s motion for rehearing and issued a certificate of judgment in the case, giving him 15 days to report to the sheriff.

He still could appeal to the U.S. Supreme Court.

Hubbard was first elected to the House of Representatives in 1998. In 2010, as chairman of the state GOP party, he oversaw the “Handshake with Alabama,” the largest fundraising effort in state party history.

That platform outlined 10 agenda items the GOP would pass to end government corruption and create jobs. One of his first acts as House speaker involved the passage of a package of ethics reform bills during a special session of the Legislature.

In 2014, he was indicted on 23 counts of ethics violations before winning re-election. He was convicted during a 2016 trial of 12 ethics violations. The Alabama Court of Appeals upheld 11 of those counts in 2018, and the remainder were appealed to the state Supreme Court. The state’s highest court upheld six convictions and reversed five others. The court denied Hubbard’s motion to rehear the case on Aug. 28 and ordered him to begin serving his sentence within 15 days.

A factory that employs hundreds of people manufacturing railroad cars in north Alabama is closing amid declining demand linked to... read more