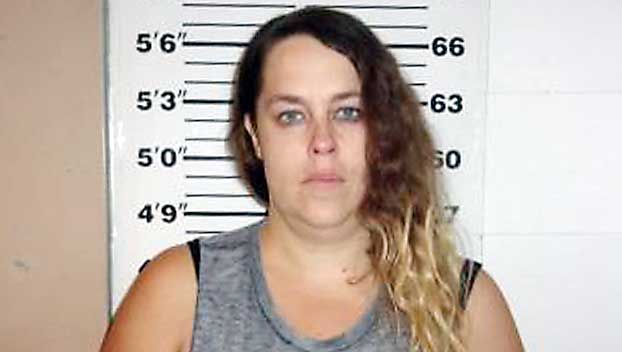 Alabama woman admits she knew husband was child sex predator; he killed himself as police closed in

An Alabama woman admitted her guilt last week in her late husband’s sex crimes against children.

Cynthia Jean Stanley, 37, of Andalusia, pleaded guilty Friday afternoon to Sodomy II before Circuit Judge Lex Short. Short sentenced Stanley to 10 years imprisonment for her role in the crime. Stanley had no prior felony convictions on her record.

District Attorney Walt Merrell noted that child sex crimes make up some of the most difficult prosecutions, with the most precious and vulnerable victims.

“These types of cases involve innocent children who have been robbed of their childhood. We are forced to balance investigation and prosecution with doing no further harm to the children involved. Avoiding further trauma is always a top priority in these cases,” said Merrell.

Stanley was charged after an investigation revealed her complicity in sex acts perpetrated by her husband, Donald Stanley, 50, of Crestview.

DHR initially received reports of child sexual abuse by Donald Stanley and a criminal investigation was opened. Several child victims from multiple families came forward to report what they knew about the crimes committed.

As officers made contact in an attempt to serve the warrants on him, he barricaded himself inside his Okaloosa County, Florida home and committed suicide.

“This case has taken years of effort to put together, with the work done by a great team of people,” Stephens said. “Covington County Sheriff’s Office Investigator Joey Cato led the criminal investigation doing a fantastic job, and is to be commended for his tireless efforts.

“DHR, counselors, the amazing staff of the Covington County Child Advocacy Center – everyone that touched this case gave it their all to see it through to a successful prosecution of not just Donald Stanley, but also Cynthia. Of course, the victims did all the hard work, and I stand in awe of their ability to rise above the hands dealt to them. They are the true heroes, ensuring justice was served and that Stanley will never be able to victimize another child.”

As a result of Stanley’s guilty plea, she will be a sex offender required to register for the remainder of her lifetime.

And although not a part of the criminal case, Stanley will lose custody of her own children and never be allowed to live with her children again.

“The community deserves to know what people like Cynthia Stanley are capable of, and that others like her walk among us,” Merrell said. “At least for Stanley, the community will hereafter be on notice of her misdeeds.”

This article was originally published in The Andalusia Star-News.

An Alabama man has been charged with capital murder in the death of his girlfriend’s 19-month-old child, according to authorities.... read more