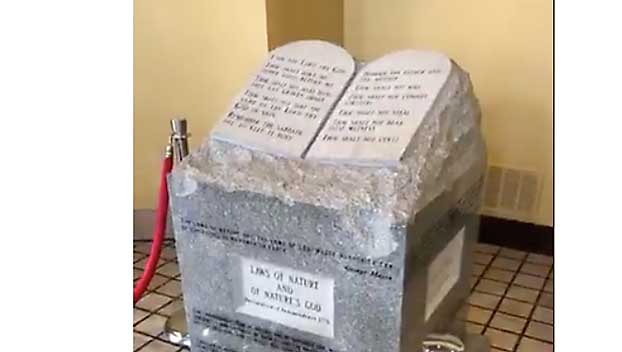 Former Alabama Chief Justice Roy Moore went biblical Tuesday as he tried to gain some attention for his campaign for one of Alabama’s U.S. Senate seats.

Moore held a press conference and showed off the newly installed Ten Commandments monument in his Foundation for Moral Law office in Montgomery.

The monument was the very one that led to his removal as chief justice back in 2003.

He brought the monument in 2001 and installed it at the Alabama Supreme Court.

“Our history, our whole being is from the laws of nature and of nature’s God,” Moore said.

“I brought the monument in to acknowledge God … we need God in our country today.”

An seafood and gourmet food distributor with facilities in Mississippi and Alabama announced a recapitalization project which brings in a... read more