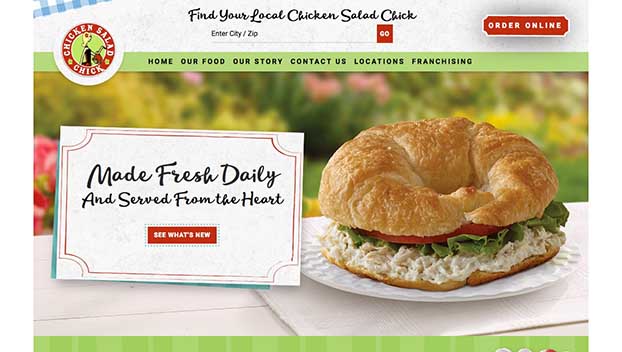 Chicken Salad Chick, the nation’s only southern inspired, fast casual chicken salad restaurant concept, is reporting 2019 as its most successful year in company history, completing Q4 with 40 new restaurants opened throughout the year, including its first locations in Ohio and Illinois.

The banner year for the brand also marked the grand opening of co-founder Stacy Brown’s high-volume franchise location in her hometown of Rome, Georgia.

The fast casual concept also signed 26 franchise agreements in 2019 to develop 60 new restaurants over the next several years in target markets such as Kansas City, Kansas; Austin, Texas; and Boca Raton, Florida.

In addition to this tremendous system growth, the brand achieved its 16th consecutive quarter – fourth consecutive year – of same-store sales growth, reporting $153.3 million in system sales and a 4.4% increase in comp sales year over year.

“As I reflect on the tremendously successful year that 2019 was for Chicken Salad Chick, I’m incredibly proud of all that we’ve accomplished and know that none of it would have been possible without the tireless work of our outstanding team and dedicated franchise owners. Amazing things can happen when everyone is aligned in a shared purpose; for us, that’s always been spreading joy, enriching lives and serving others,” said Scott Deviney, CEO of Chicken Salad Chick. “Looking at the year ahead, as our brand is poised for another year of significant growth, we’re energized to keep the momentum going and continue our accelerated expansion plans to bring more Chicks to communities across key regions in the U.S.”

Chicken Salad Chick plans to open more than 50 new restaurants this year throughout the Midwest and South in states like Ohio, Indiana, Illinois, Kentucky, Virginia, Texas, Arkansas and Florida. These efforts, coupled with the brand’s concentric circle growth strategy, help to support its greater development goal to open 250+ locations within the next five years, bringing the total unit count to 400 by 2025.

Founded in Auburn, Alabama, in 2008, Chicken Salad Chick serves full-flavored, Southern-style chicken salad made from scratch and served from the heart.

With more than a dozen original chicken salad flavors as well as fresh side salads, gourmet soups, signature sandwiches and delicious desserts, Chicken Salad Chick’s robust menu is a perfect fit for any guest. Today, the brand has 149 restaurants in 16 states and is continuing its rapid expansion with both franchise and company locations.

The severe thunderstorms could impact cities such as New Orleans, Jackson, Mississippi, and Nashville, Tennessee. In addition to the ongoing... read more