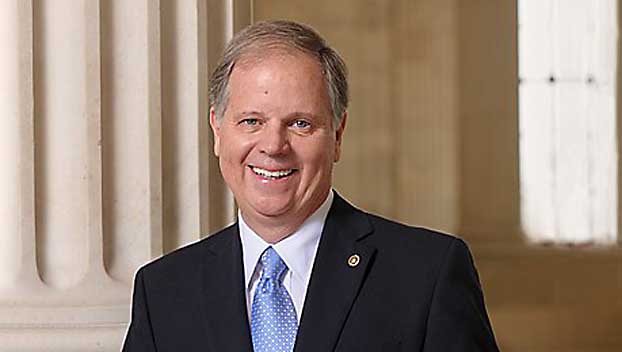 As the Senate impeachment trial grinds toward a climax, it remains unclear how three Democrats will vote on whether to toss President Donald Trump from office.

Sens. Doug Jones of Alabama, Joe Manchin of West Virginia and Kyrsten Sinema of Arizona are all question marks, though they’re widely regarded as likely to vote for at least one of the two impeachment articles.

Unlike a quartet of wavering Republicans who could put Trump in peril as lawmakers decide whether to call witnesses and extend the proceedings, the three Democrats’ votes on whether to acquit him won’t likely affect the trial’s outcome. It seems certain that the GOP-run Senate will lack the 67 votes needed to remove Trump from office, no matter what the trio does.

But the Democrats’ decisions will color their political careers and this year’s presidential campaign.

If one or more of them votes to acquit Trump — even voting against one article of impeachment while supporting the other, which many consider likely — it could alienate some Democratic voters, mark their legacies and let Trump spend his reelection campaign asserting that he was cleared by a bipartisan vote.

On the other hand, with Republicans now controlling the Senate 53-47, many Democrats aren’t willing to criticize moderates from swing states for voting in ways that will protect their political futures. All three wavering Democrats come from states Trump won in 2016 and where Democrats struggle to win elections.

“They have reputations for being independent actors,” said Democratic pollster Mark Mellman. “I think that’s what they’ll do here.”

“That’s very tough terrain,” Democratic pollster Celinda Lake said of their states. “They’re all people who’ll need Republican or independent votes to win, so I’m sure they’re thinking about that.”

Jones and Manchin have said they back their party’s effort to call witnesses — Trump’s former national security adviser John Bolton is a top target — while Sinema has not commented. But with just four Republicans now seen as possible votes for witnesses — and even that appears to be a tough climb — opposition to witnesses by even one Democrat would probably kill that effort and infuriate the party.

“Anyone who votes against hearing the evidence, witnesses and documents will be judged harshly by history,” said Sen. Richard Blumenthal, D-Conn., who pointed out that he wasn’t singling out members of a particular party. “They will be haunted by history.”

GOP Sens. Susan Collins of Maine, Mitt Romney of Utah, Lisa Murkowski of Alaska and Lamar Alexander of Tennessee have all expressed a willingness to consider witnesses. But it is unclear how many of them will vote that way in an initial showdown vote expected Friday.

Trump all but taunted the Democrats on Twitter on Wednesday.

“There is much talk that certain Democrats are going to be voting with Republicans on the Impeachment Hoax, so that the Senate can get back to the business of taking care of the American people. Sorry, but Cryin’ Chuck Schumer will never let that happen!” Trump tweeted, referring to Senate Minority Leader Chuck Schumer, D-N.Y.

Asked what he’d tell his undecided colleagues, Schumer said, “The only message I have is listen to the arguments carefully and make your own decision of conscience.”

Jones, 65, the only one of the three facing reelection this November, is running in a deep-red state and faces the greatest career risk. Voting to convict Trump could make it harder for him to pick off some Republican voters, while voting to acquit him could anger the Democrats whose votes, contributions and volunteering he’ll need to win.

Jones was noncommittal Wednesday about the outcome of the case, saying he wanted to evaluate the evidence.

Manchin told West Virginia reporters Wednesday that while he wants to hear witnesses, he’s undecided about whether to acquit Trump.

He said the impeachment article alleging that Trump obstructed Congress by refusing to provide documents or White House witnesses was “the weakest” of the two charges. But he said the charge that Trump had abused power by pressuring Ukraine to provide dirt on former Vice President Joe Biden, a Democratic presidential hopeful, was “very serious.”

Manchin, 72, is a former governor and household name in a state where Trump is enormously popular. Now in his 10th year in the Senate and reelected to a six-year term in 2018, it is unclear whether he will run again for public office.

As the trial began, Sinema released a statement that shed no light on her views.

“I will treat this process with the gravity and impartiality that our oaths demand and will not comment on the proceedings or facts until the trial concludes,” she said.

Sinema, 43, has been in the Senate for just a year but has already cut an unusual profile. Her start in Arizona Democratic politics came on the party’s left wing, but she’ has tried to carve a more moderate profile in the Senate. It was the first winning Democratic Senate campaign in Arizona in three decades.

Manchin and Jones have both periodically posted brief videos on social media giving their thoughts on the trial.

Manchin spokesman Sam Runyon said the more than 5,200 calls and emails their office had received were divided roughly evenly between constituents who want to remove or absolve Trump.