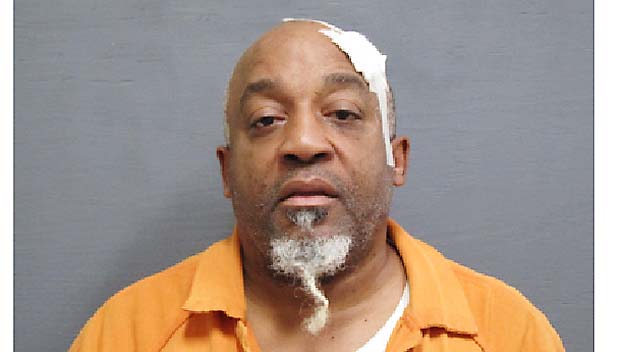 An Alabama activist known for registering prisoners to vote was jailed after what police described as a struggle with an officer, and prosecutors asked a judge Tuesday to keep him there.

Kenneth Glasgow, 54, was being held without bond at the Houston County Jail, records showed Tuesday. He was arrested Saturday on charges including drug possession, assault and evidence tampering.

Glasgow, a pastor, scuffled with an officer who tried to arrest him, news outlets reported. A booking photograph showed Glasgow with what appeared to be a wound dressing on his head.

“Allegedly, Mr. Glasgow had an unspecified amount of crack inside his pocket, and as the officer attempted to place Glasgow under arrest a struggle began, injuring the officer. Evidence was also tampered with,” said Dothan police Lt. Doug Magill.

State media reported that Glasgow allegedly attempted to hide the drugs in his mouth and bit an officer who was trying to retrieve the drugs.

Hours before the arrest, Glasgow used Facebook to post a photo of himself and sorority members at an event to raise money for homeless people.

Glasgow has worked for years to register prisoners to vote inside Alabama jails and prisons, and he has directed a nonprofit organization called The Ordinary People Society since 1999. He is the half-brother of activist Al Sharpton, who founded the National Action Network and is a commentator on MSNBC.

At the time of his arrest, Glasgow was free on bail after being charged with capital murder in 2018 after a fatal shooting. Police said Glasgow drove a car from which another man fatally shot Breunia Jennings, 23. Glasgow said the charge was retribution for his activism.

A grand jury has yet to decide whether to issue indictments in the shooting.

Authorities filed papers asking to have Glasgow’s bond revoked, the Dothan Eagle reported. Court records were not immediately available to show whether Glasgow had an attorney to speak on his behalf.

Glasgow previously was arrested in September on a charge of putting a stolen license plate on his vehicle. Authorities also asked a judge to revoke Glasgow’s bond in that case but no decision has been released, records show.