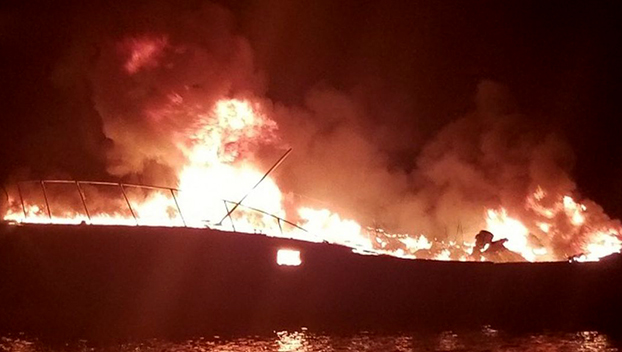 Three people who abandoned their ship after it caught fire near the Gulf Coast have been rescued by the U.S. Coast Guard.

The fire happened Wednesday evening near Dauphin Island, Alabama, news outlets reported. The commercial snapper fishermen were able to escape onto a life raft and then a crew from the Coast Guard brought the trio to shore, according to Coast Guard spokesman William Tadlock.

All three fishermen were in stable condition, according to a Coast Guard statement. Dauphin Island Mayor Jeff Collier told news outlets the boaters were doing well.

The Coast Guard took members of the Dauphin Island Fire Rescue to the burning vessel to battle the flames. The cause of the fire was not immediately determined.

An Alabama state senator announced plans to file a bill to revoke bond for more offenses in the wake of... read more