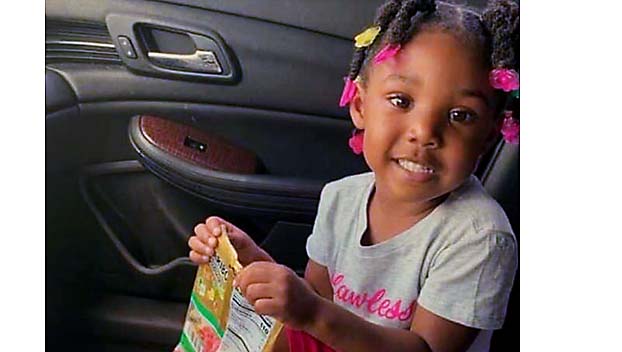 A judge is ordering lawyers to quit talking to the news media about the case of a 3-year-old Alabama girl who authorities say was kidnapped and killed.

Jefferson County Circuit Judge Clyde Jones issued a gag order Tuesday in the cases against two people charged in the death of Kamille McKinney, known as “Cupcake” to her family.

The judge says he wants to limit publicity to ensure a fair trial.

Authorities say 39-year-old Patrick Devone Stallworth and his girlfriend, 29-year-old Derick Irisha Brown, are charged with capital murder in the slaying. The two are jailed without bond and defense lawyers have said they’re innocent.

The child disappeared from a birthday party last month, and her remains were found in garbage 10 days later.

A preliminary hearing is set for Dec. 10.

The wife of a black man who was shot to death by Alabama police while she and their daughter were... read more