Mississippi native ‘Mattress Mack’ loses $13M in bets as Astros fall in World Series; McIngvale says he has no regrets 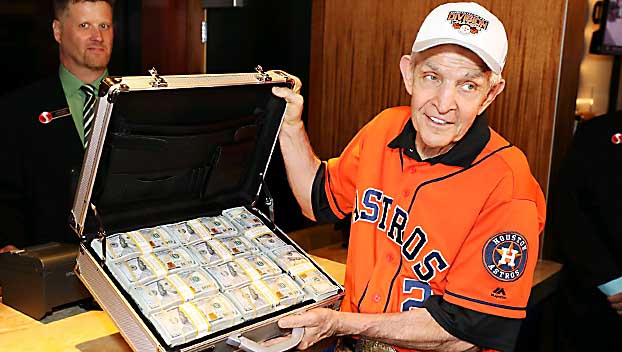 The 68-year-old mattress company owner from Houston had bet millions — reportedly more than $13 million – with several sportsbook casinos that his Astros would win the World Series.

McIngvale made headlines a few weeks ago by putting huge best on his favorite Major League Baseball team to claim the championship.

He wagered $3.5 million at the DraftKings sportsbook at the Scarlet Pearl Casino in Biloxi in early October, making it at the time the largest known single sports bet in U.S. history.

Then he reportedly bet another $1.5 million at a New Jersey casino a few days later. Additional wagers were made leading up to the series and during the series, across several states and different sportsbooks.

“I’m a huge Astros fan, and I have a store promotion where if customers buy a mattress and the Astros win the World Series, they get their money back,” McIngvale told The Associated Press.

“I feel like I hedged perfectly,” McIngvale told The Action Network Wednesday night. “The worst my customers got were great mattresses, the best would have been great, free mattresses.”

McIngvale is a Starkville native who built a furniture empire in Texas called Gallery Furniture. He’s believed to be a multi-millionaire and is known in the Houston area for his generosity and philanthropy.