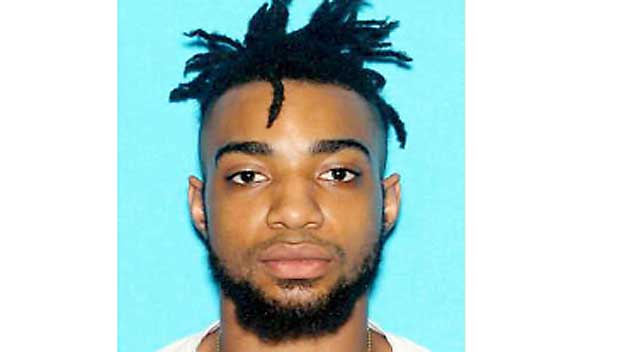 An Alabama man wanted in connection with an Alabama hotel robbery and suspected of killing his Mississippi girlfriend appears to have killed himself in Milwaukee, where police tracked him down and surrounded him.

Milwaukee police say they were tipped to the location of Gary A. Eubanks Jr. of Theodore, Alabama, When police tactical officers responded to the house where Eubanks was reportedly staying, they saw Eubanks armed with a firearm.

After several hours of negotiating with Eubanks to exit the house, tactical officers were preparing to enter the house when they heard a single gunshot from inside the house.

Officers reported after they went inside, they found Eubanks dead of an apparently self-inflicted gunshot wound.

His death ends a man hunt that started after the Oct. 21 robbery of a Daphne, Alabama, hotel.

Police believe Eubanks and his girlfriend, Baylee Elizabeth Wall, 18, of Moss Point, Mississippi, robbed the hotel, though Wall’s role may have been forced, her family members have told media outlets. She was seen entering the hotel on surveillance footage, asking about rates and then exiting. Eubanks entered a short time later and robbed the hotel clerk.

Wall’s body was found Oct. 23, near a high school in Cincinnati. Police suspected Eubanks had killed her and said her death was a homicide, but wouldn’t elaborate on the cause of death.