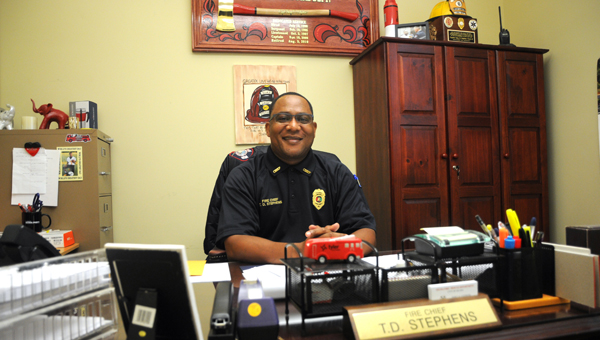 A former Alabama city fire chief is suing his former employer over alleged unpaid wages and retaliation from the city’s mayor.

The suit is against Selma Mayor Darrio Melton and the City of Selma and alleges that Stephens did not receive owed compensation for vacation, sick and compensatory time and that he was the victim of retaliation on Melton’s part.

According to documents attached to the five-page complaint, Stephens had accrued 308 hours in vacation and sick leave at the time of his resignation, as well as an additional 572 hours in compensatory time.

Taken together, Stephens’ accrued time amounts to $31,113, which McPhillips asserts in the filing is owed per the City of Selma Personnel Handbook.

According to the suit, Stephens participated in “political activities, speaking in public before the City of Selma’s City Council regarding issues of public welfare of the city, including, but not limited to the welfare of the city’s Fire Department and its many needs” while serving as chief.

“Beginning in 2018, and continuing until April 2019, [Melton] deliberately made working conditions so intolerable that plaintiff was forced to resign,” the suit states.

In April 2019, Stephens sent a memo to Melton and the city stating that he intended to resign and asking that he be placed on leave to exhaust his accrued leave time, according to the suit.

McPhillips’ complaint quotes the city personnel handbook, which states that “employees who have left in good standing” will receive accrued vacation, which, for fire personnel, is up to 112 hours.

The suit states that a letter sent to Melton in May garnered no response, nor did a Notice of Claim addressed to Selma City Clerk Ivey Harrison in July and September.

“This case is therefore ripe for a ruling by this court as an active case and controversy,” the claim states.

Stephens claims that the city failed to compensate him for his accrued leave time and is asking for the $31,113 owed to him, as well as “injunctive and equitable relief,” court costs and attorneys’ fees.

Additionally, Stephens’ suit alleges that Melton took “retaliatory action” against him for addressing SFD issues before the council – on that allegation, he is seeking similar monetary relief.